The Richardsville Volunteer Fire Department was established on May 19, 1972.  The community purchased a used fire engine and Denver Eadens was appointed the first Fire Chief.  The founding members were Alfred Anderson, Joe Lane Willis, DeLaine Flora, Getty Runner, and Paul Pruitt.  DeLaine and Jeannette Flora owned a grocery store called the D&J Market on Richardsville Rd near the current Fire Station 1.  The store had a barn behind it and Mr. and Mrs. Flora agreed to allow the newly formed fire department to place their fire truck in the barn until a station could be built.  They placed new barn doors on the barn and ran electricity for the heating element used to keep the water in the truck from freezing.  The barn is still standing today, two doors down from Station 1.  Station 1 was built at 1185 Richardsville Rd in 1974.

The 911 system did not yet exist in Warren County so the personal home telephone numbers of DeLaine and Jeanette Flora and Denver and Roberta Eadens were used to report fires.  Prior to the establishment of the Richardsville Fire Department, in the event of a fire citizens had to contact the Bowling Green Fire Department directly and see if they were available to respond to the county.  In some cases BGFD would respond and in other cases they were unavailable and therefore no response was made.

With the creation of the local fire department, citizens were asked to pay fire dues to help fund the department.  Originally, citizens had to personally take their dues to the D&J Market annually.  Then the market received a mailing address and citizens could mail their dues.  In 2004 the Warren County Fiscal Court approved a measure to place the annual $30 fire dues on the property tax bills and it greatly increased the percentage of dues collected and therefore greatly increased the fire department budget.  In 2014, the county voted to increase the fire dues to $50 per residence annually.

In 1991, Warren County saw a need for the fire departments to provide a medical first response program in conjunction with The Medical Center EMS response.  Firefighters were trained as EMT’s and began responding to medical emergencies within the fire district.  This greatly increased the call volume of the fire department.

In 2014, with the rising call volume and increased reporting and clerical responsibilities, the Richardsville Fire Department hired its first paid member.  Deputy Chief Joe Harbin was hired on a part-time basis to perform the day to day operations of the fire department.

The current Richardsville Fire Department covers approximately 126 square miles in northern Warren County making it one of the largest fire districts in the Commonwealth of Kentucky.  The population of our fire district was 11,386 at the 2010 census and with developments continually being built our population is one of the fastest growing in the county.  In 2015, RFD made 962 incident responses which included medical assists, structure fires, vehicle fires, brush fires, vehicle accidents, hazmat incidents, alarm responses, and many other incident types.  The fire department currently operates a fleet of 12 apparatus including 6 engines, 1 tanker, 2 brush trucks, 2 water rescue boats, and 1 6x6 all-terrain vehicle.  We receive automatic mutual aid for structure fires from Gott, Smith's Grove, and Barren River fire departments and we provide automatic aid to them as well.  We also have mutual aid agreements with the remaining 5 county volunteer departments, the city of Bowling Green Fire Department, and neighboring county departments when requested. 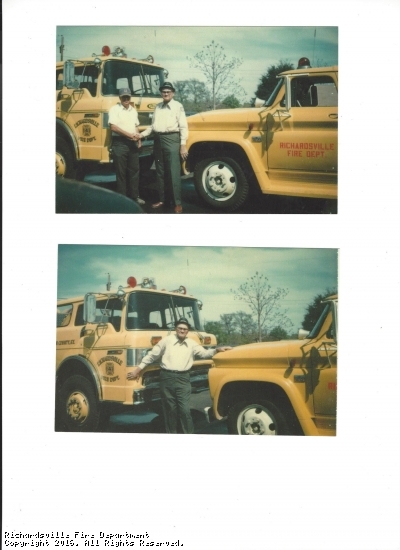 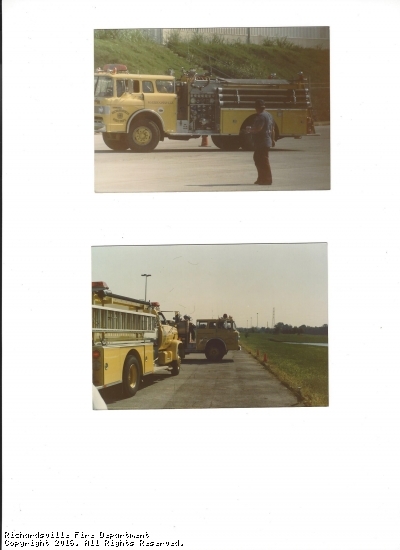 If you are interested in becoming a member of the Richardsville Fire Department, please follow this link:

For all info pertaining to open burning please follow this link:  OPEN BURNING

State agency responsible for protecting and enhancing the forest resources

FollowTweet
Copyright © 2006-2020. YourFirstDue Inc. All Rights Reserved. Designated trademarks and brands are the property of their respective owners. Content on this web site is supplied by Richardsville Fire Department. YourFirstDue Inc. cannot be held responsible or liable for any content, text, pictures, or any other media found on this web site. Maintained by the members and staff of Richardsville Fire Department.
Management Login
Powered by